This year, I’m doing something daft for charity.

It wasn’t my idea. It was my mate John‘s. See, last year he released an album (which is pretty good) raising money for CALM. And I’d been doing a bit with Tom under the name John Thomas.
Then in January, he says “I’ve had a daft idea. Why don’t we put a gig on?” Not finding a polite way to say ‘don’t be so fucking stupid’, I instead went along with it. And it’s taking shape. 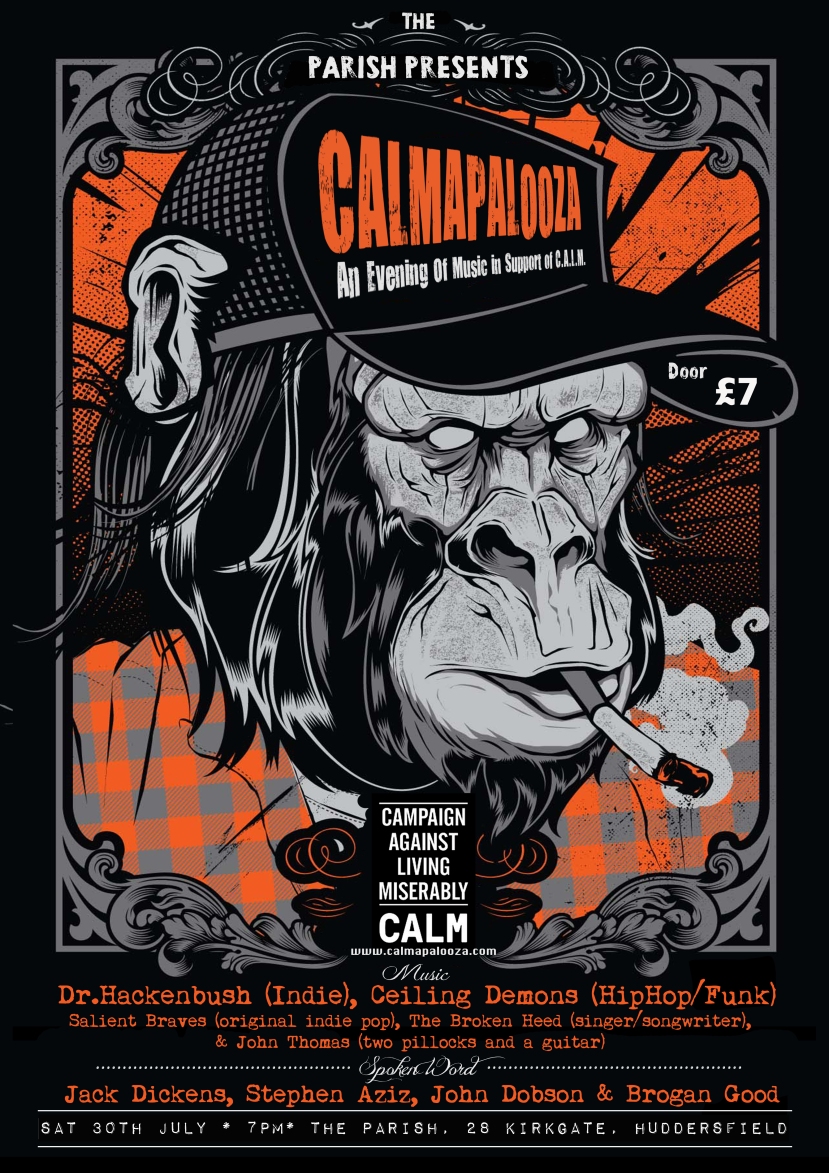 Suicide is the biggest killer of men aged 20-45 in the UK, which is frankly a ridiculous stat.
CALM operate a phone line and web chat every day to try to help men at risk. It costs £7 per phone call to run, hence the admission price. Everything we make on the night will go to the charity. It’s something close to the hearts of all the performers.